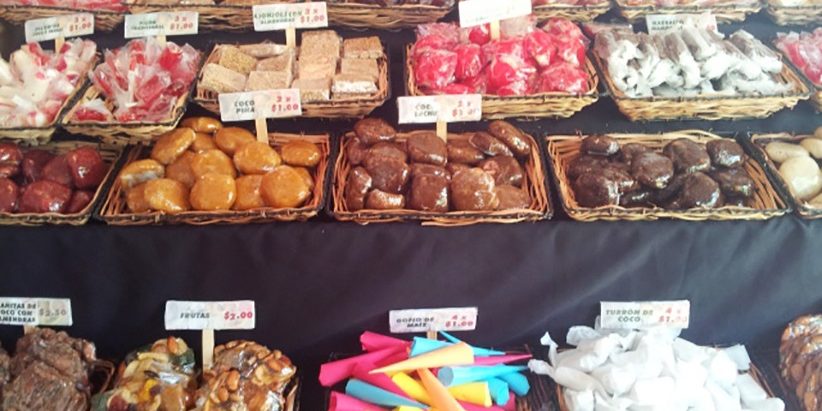 One of the most prominent Puerto Rican figures is “el jíbaro” (hillbilly), a country person from the mountainous interior, which is an idealized folk hero, common in island literature and the arts. The jíbaro continues to fascinate artists of various disciplines, and the term is used on a daily basis as a sign of affection, but occasionally as an insult.

Years ago the Puerto Rican “Jibaro” used the native fruits to create fruit delicacies. This tradition is continued today with Dulces Tipicos, or Traditional Puerto Rican Candy. You can find these excellent candies at any fair or festival in Puerto Rico or in many of the souvenir shops and groceries.

This is a small listing of some of the flavors you will find:

To get your taste of these excellent traditional candies, try out our assortment pack by clicking HERE. But if you’d rather get in the kitchen and try your hand at making some traditional candy from Puerto Rico, here are a couple of recipes to get you started:

Placed in large pot with water and bring water to a boil. When boiling, reduce heat to medium until cooked, about 40 minutes.

Drain the water and then add clean water and cinnamon.

Drain past of the water, leaving only 2 cups and then add sugar.

When it crystallizes and sugar thickens to a syrup, remove from fire and leave to cool in the fridge.

Serve as a dessert or as an appetizer with white cheese.

In pot add pulp of coconut, milk, cinnamon and sugar
Cook over medium heat, uncovered by time and a half
It is ready when it is detached from the cooker and it turns Pasty