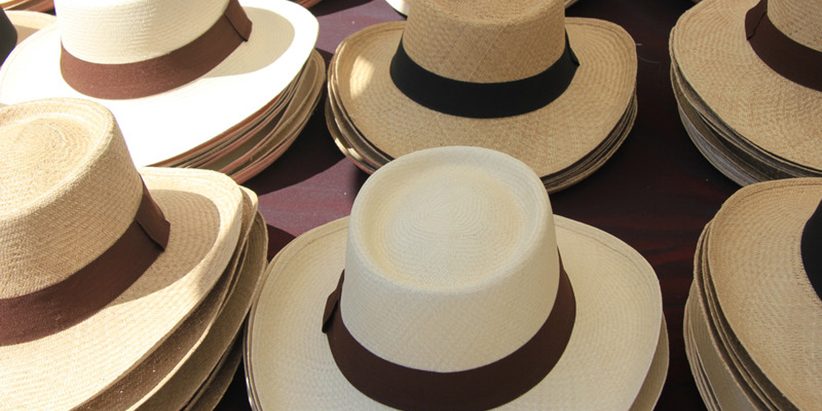 January 15th is National Hat Day, and as such, it is the perfect day to celebrate the legendary hats of Puerto Rico and the Caribbean! In the tropical world, with the bright sun bearing down year-round, the Panama Hat and Pava Hat have figured strongly throughout history as an important staple of everyday and work wear, and still figure most prominently today. Whichever Caribbean destination you are visiting, be sure to pick up this authentic souvenir!

The pava is the traditional hat used by sugar cane cutters, coffee pickers, and other agricultural workers. It is emblematic of the jíbaro (a Puerto Rican from the countryside) and the rustic traditions of the island’s folkways. The pava is so closely associated with the notion of authentic Puerto Rican culture that when Luis Muñoz Marín founded the Popular Democratic Party (PDP) in 1938, the party adopted the pava, as its symbol.

Pava Hats are available in both Child and Adult sizes. Click to see the Child and here for the Adults.

The Panama Hat has been around since the early 1600’s and was brought to the New World with the Spanish conquistadores. The hat takes its’ name from the Isthmus of Panama, the trading crossroads of the 18th and 19th centuries for all South American exports. It was worn by the construction workers building the Canal. The hat doubled as a hat for sun protection, and (because of its straw and tight weaves) it also served as a bucket to transport water. It was made famous when President Teddy Roosevelt wore it while touring construction of the Panama Canal.

The Panama’s light weight and breathability made it an ultra popular summer hat, and has been associated with the beach and tropics.
Napoleon was arguably one of the first historical figures to wear a Panama hat. Teddy Roosevelt and Winston Churchill are featured in many historical photos with their Panama hats. Early movies further added to the historical legacy of the Panama hats. Humphrey Bogart, Gary Cooper, and Spencer Tracy wore Panama hats.

To watch a video with more information about the Panama Hat, Click Here