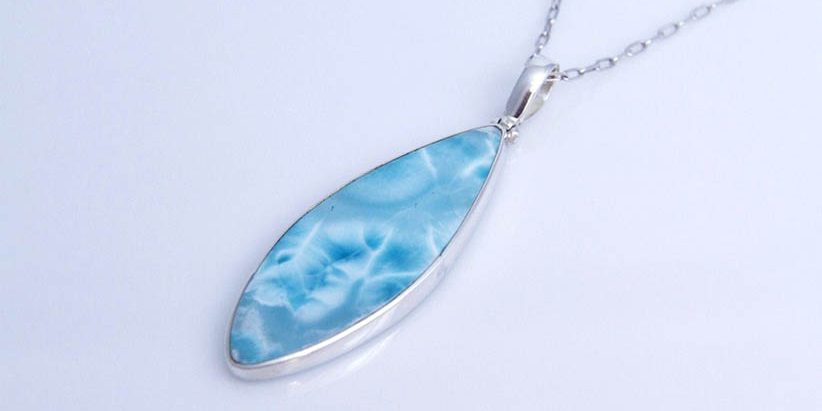 Larimar is found on a one square kilometer on a mountaintop on the Island of Hispaniola, in the Dominican Republic. This blue pigmented pectolite was first discovered in 1916 but never mined until 1974. Larimar comes in all different shades of blue and green, with no two stones being a like. The most popular color is a light turquoise blue which evokes thought of the blue Caribbean waters.

The name Larimar is a combination of the daughter of one man that discovered it, Larissa and the Spanish work for sea “Mar”. Larimar is also known as the Love Stone, Dolphin Stone and Atlantis Stone.

Today Larimar is still mined with old-fashioned tools like picks, shovels and hammers, but miners do have the modern luxuries of electricity and air pumps.

Larimar has only been seen by few people, so it is one of nature’s best kept secrets. There is no way of telling how much is still left in the Earth, but since it is only found in one area of the Dominican Republic it is a rare gemstone, held closely to the heart of the Caribbean Islands.

It is the perfect Caribbean souvenir to take home from your travels! Larimar is an elegant and appreciated corporate gift for any group going to the Caribbean.